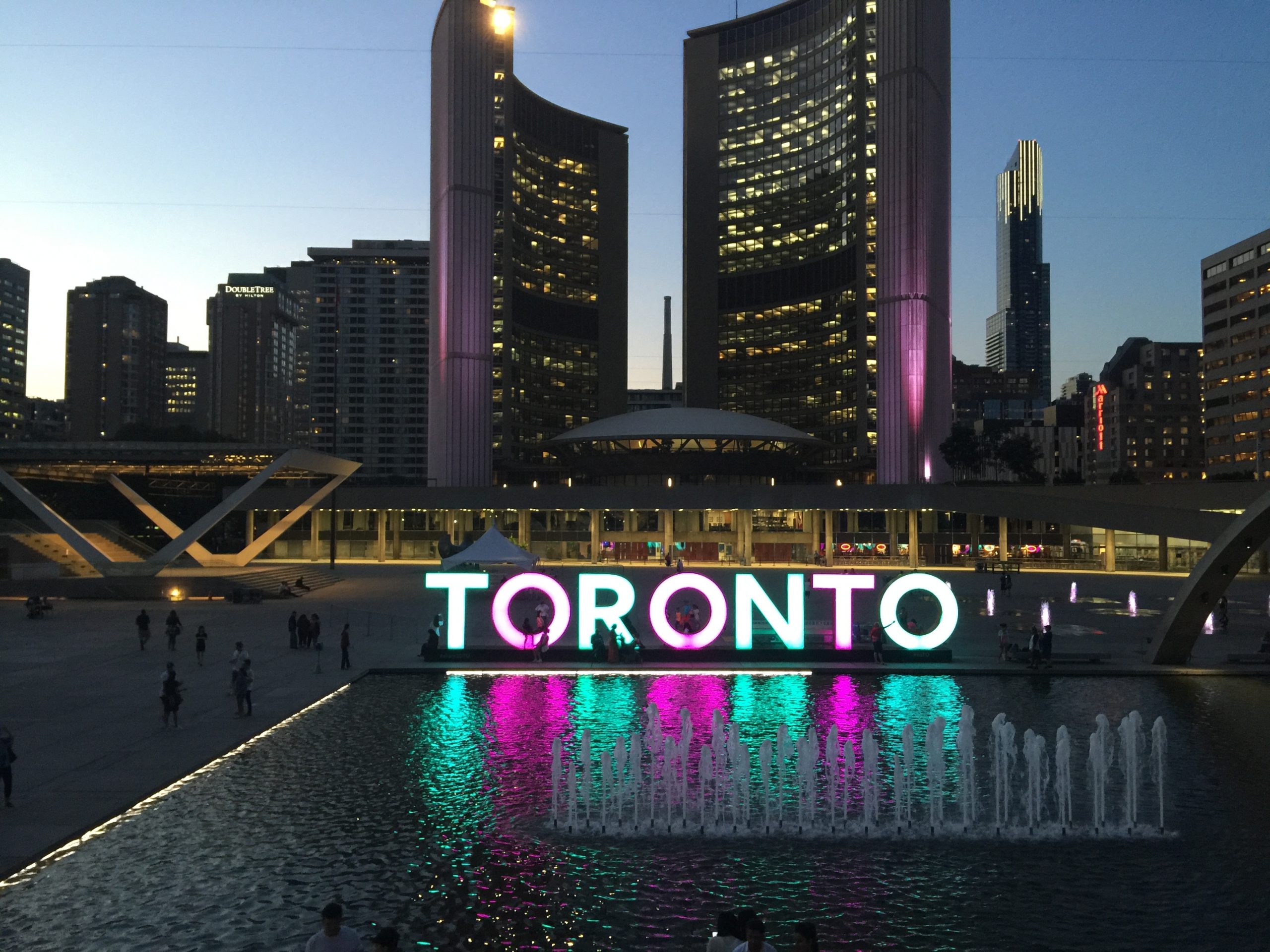 By Kirby's School of WakeSeptember 18, 2016Blog
No Comments

The Wakeboarding World Championships is the most prestigious boat competition of the year. This year the event was held in Toronto, Canada.  I qualified for the competition by competing at the National Championships in July. The support that I have had to attend theses events has been incredible. The Shannon Family’s sponsorship through their label dispenser company, Dispensa-Matic, is a major reason why I am able to attend competitions. Because of them I am able to see breakthrough in my contest riding. I am also able to minister to the wakeboarding community and to travel to amazing places.

Exploring the possibility of attending this event, I quickly realized that a low-budget trip to a major city like Toronto would be difficult. The rooms were expensive and the transportation was outrageous. I prayerfully pursued the possibility of attending the contest. Thankfully, God provided a way for me to travel with my good friend KP Gagnon and his family. KP is a great Christian buddy of mine. He has helped with our Eternal Riders camp for the past few years. KP competes in the Men’s 1 Division, which is the amateur division for men ages 18-25.

Travel Tip: If planning to meet someone at your airline destination, be sure to book your flights accordingly. Allow time for you to arrive before and leave after the person(s) you’re traveling with

When I arrived in Toronto, I immediately had lots of questions. The biggest question was, “how do I get to the host hotel?” KP was competing the next day and I NEEDED to get him checked in for the contest. My first thought was to take a cab. A foreign man on the street said, “you need cab?” to which I said, “yes!” The man motioned for me to follow him. After following him to a random parking garage, I knew I had gone too far. At that point, I decided to opt out of the sketchy ride he was offering. Wondering back into the airport, I thankfully found an information desk. They advised me to take a train to Union Station then walk a few miles to the hotel. This journey took about an hour and a half, but it was worth the adventure!

Travel Tip: When traveling abroad, be careful of whom you trust

I navigated my way down the city streets with my big wakeboard bag in tow. I quickly realized that Toronto is not like any big city that I have traveled to in the past. It has a very clean and safe feel to it. After I checked in for the contest at the host hotel, I met up with some Jr. Pro men riders that invited me to dinner with their families. Moments like this with families make attending the World Wake Association events so much fun. Spending time with them remind me of the excitement that I would get when I was an aspiring young rider traveling with my parents to contests.

The next day was the amateur division’s day to ride. We showed up to the slightly early for KP to prepare for his run. The contest site was beautiful. The course was set in a protected stretch of water tucked alongside Lake Ontario. The backdrop of the city was breathtaking. KP set out to ride his best and he did great only having one fall near the end of his run. He was able to get back up and stick two of his hardest tricks back-to-back (a toeside 720 and a tantrum-to-blind) under the pressure to squeeze them in before the end of the pass. It was epic!  Unfortunately, he did not score high enough to advance to the next round, so we left the contest and spent the day touring the city.

Travel Tip: If given the opportunity to sight see, take lots of pictures

The next day was my day to compete; I felt an overwhelming sense of peace with the anticipation of the competition approaching. This peace was birthed from a discovery I made about my contest preparation. God led me to realize that the times when I have had the most success at contests was when I would just show up and throw down. In those times I was not thinking about what my run was going to be like or how it was going to feel when I was out on the water. I would just get on the starting dock and do my run, just like I do when I train at home.

This breakthrough helped me to be more present in conversations before my run. I was no longer distracted by dwelling on what I was about to do. This in turn, made me feel more like myself than I have ever felt before a pro wakeboard contest.  To be completely honest, by dwelling on my run before contests, I was taking what I thought was positive visualization and turned it into an obsession on results, creating heavy pressure and worry.

Before heading down to the starting dock to get ready to ride, KP’s Dad, Kevin Gagnon, gave me great advice.  He said, “Don’t think about who is watching, just focus on your Heavenly Father.” “Ride for Him and His glory and everything else will come together,” he finished. This “audience of one” mentality freed me up to keep my mind-set on things above and to have fun while I was out there.  Even though I didn’t land my run perfectly as I was hoping to, it truly wasn’t about me anymore. It was about worshiping my Creator through the sport I love so much. I know that God is strengthening the way I view contest riding and the results will follow in due time.

My goal on this trip was to surrender the results (whatever they would be good or bad) to God ahead of time. (This may sound easy, but in genuine application is…really tough). Finally being able to fully do this though, allowed me to stay in perfect peace. It took the pressure off of me to perform…then I could just go ride, trusting God and my preparation.

This was a major revelation to me. I wasn’t locked up to deal with disappointment the rest of my trip when I didn’t achieve my ideal run. Instead, I packed up my gear and pressed straight into ministering to the wakeboard community that surrounded me. I had many c 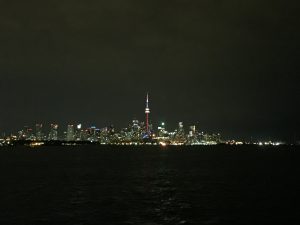 conversations that day about Christ with fellow competitors and handed out some Wake by Faith Devotionals. Those moments would not have been possible without learning to surrendering my results to God. The contest closed out with a dinner cruise for the riders and their families hosted by the WWA. (The city skyline was incredible to see by water at night).

At the hotel waiting for our uber ride I noticed a band loading equipment into a van. I remember thinking to myself, “I wonder who they are and what their story is”. Oddly enough, I ended up next to the lead singer from the band in the airport security line. I recognized him from the hotel and struck up a conversation. He told me their band’s name, but I it didn’t resonate any recognition in me. He said their genre was American Rock n’ Roll with an influence of blues and were in town for the CNE Festival. The conversation provided me the opportunity to hear his heart for the music industry and I was able to share my passion as a Christian Wakeboarder. We chatted through the long lines of security and customs.

Travel Tip: Always be on the lookout for divine appointments

It turns out he is a believer as well. He showed me his tattoo of an eagle with the inscription “soldier in the army of the Lord” that he uses as a tool to inject God into conversations. Nearing the end of the airport lines, I gave him a Wake by Faith Devotional and I even got to pray with him. I offered to take him and his band wakeboarding when we pass tough Nashville on our way to Florida this fall. We wished each other the best and went our separate ways.

I got on the phone with Sydney before my flight describing the scenario, and to my surprise, she immediately recognized his name and identified him as the mainstream country artist of one of her favorite songs “Sunshine and Whiskey.” I definitely chalk up my encounter with Frankie Ballard as a divine appointment. To be at the same hotel and end up next to each in line at the airport is so ironic. If I would have known who he was, I might not have had the courage to talk about Jesus so boldly.  I pray that our interaction was impactful and that God will get the glory from that really cool encounter. Frankie is such a good dude and I know God has awesome things ahead for him.

I’d have to say this was one of the best trips that I have been on. The only downfall was not getting to experience it with my lovely wife, Sydney. Thankfully, with the Dispensa-Matic sponsorship and the generosity of the Gagnon family, there will be enough in our travel budget for Sydney and me to attend the Dominican Republic this fall for the Malibu Pro. The dates just so happen to fall on our one year anniversary. This trip is such a sweet gift from our God, who cares so much for us. Praise God for great opportunities and divine appointments. God uses people to share the good news. We are truly blessed to have opportunities like this to do just that.