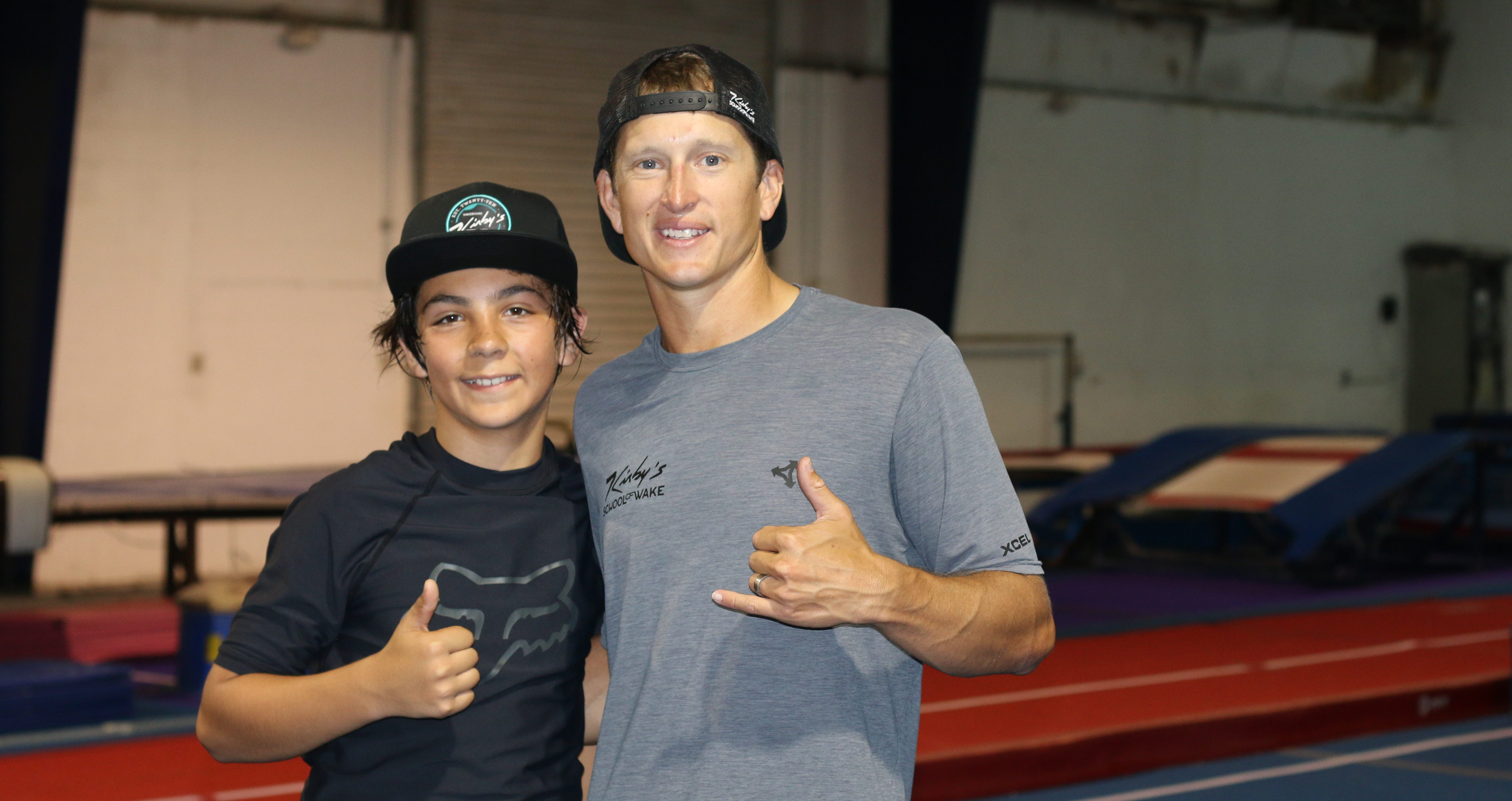 By Kirby's School of WakeApril 26, 2018Blog
No Comments

This spring I had the incredible opportunity to coach Alex Albin, two-time National Wakeboard Champion from California.

While in Orlando, competing at the Performance Ski and Surf Gravel Tour, Alex and his dad struck up a conversation with me during registration. I was so pumped to hear that their family was on a spring break beach tour down the southwest coast of Florida before returning home after the contest. They explained to me that the beaches in California are awesome, but that what most don’t know is the Pacific Ocean is ice cold, so they were fully enjoying the warm gulf water.

It was the perfect opportunity for Alex to come take a session with me in Fort Myers. He came out for a one-hour boat session on the Caloosahatchee River. He was just getting back into the swing of things after he had only ridden a few times so far this year. You would never know that though from watching his warm up routine of all his consistent mobes and spins right of the bat.

After he warmed up, we moved on to adjusting his frontside spinning and scarecrows. It was only after a few adjustments that he was popping way higher on these tricks and landing way smother.

We then moved on to working on his blind landings.  He had told me that he has landed a few crow mobes (wow I know right?!) Not bad for 12 years old, but he had take a few hard slams in the process. I asked him if he could do a toeside 360 to which he said he could but only with a handle pass. This put us on track for learning how to land blind on this side. To work on this, I drained most of the ballast and slowed down the boat to start working on the basis of a toeside 360, which is a switch blind 180.

He mastered the switch stance backside 180 off the flat-water, over one wake, and then wake-to-wake in no time. We then got into doing some warm up toeside wake-to-wake 180s. A key part to the toeside 360 is controlling speed of the rotation so that you don’t start the spin too quickly. A way to control that is by keeping your head looking over your lead shoulder when you come around on the 180 and then looking over back shoulder when you are ready to rotate to blind. This tends to break the spin up into two parts. For Alex, this made the 360 feel more like the switch backside 180 that he learned earlier in the session. By going through these steps, he was able to start landing the toeside 360 blind in only a few tries. This process will definitely make it easier for him to start landing his crow mobes more consistently.

After we finished his boat session, we headed over to Extreme Air Gymnastics Gym where we have a rope set up with an Olympic trampoline. (I’m so blessed to have a place like these were we can train in Fort Myers!) We started off by doing all the basic air awareness drills that protect our athletes in the case that they take a crazy bounce and need to know how to avoid a catastrophe. From there, we worked through all the basics of frontside and backside spins regular and switch. To finish up his trampoline session, we finished off on tweaking his scarecrow and crow mobe rotation. It’s so cool how trampoline training provides a safe environment that allows riders to experiment with rotations to prep for the water. It’s also cool how on the trampoline you receive 10 to 1 more attempts as you do on the water. This helps with building repetition and muscle memory. 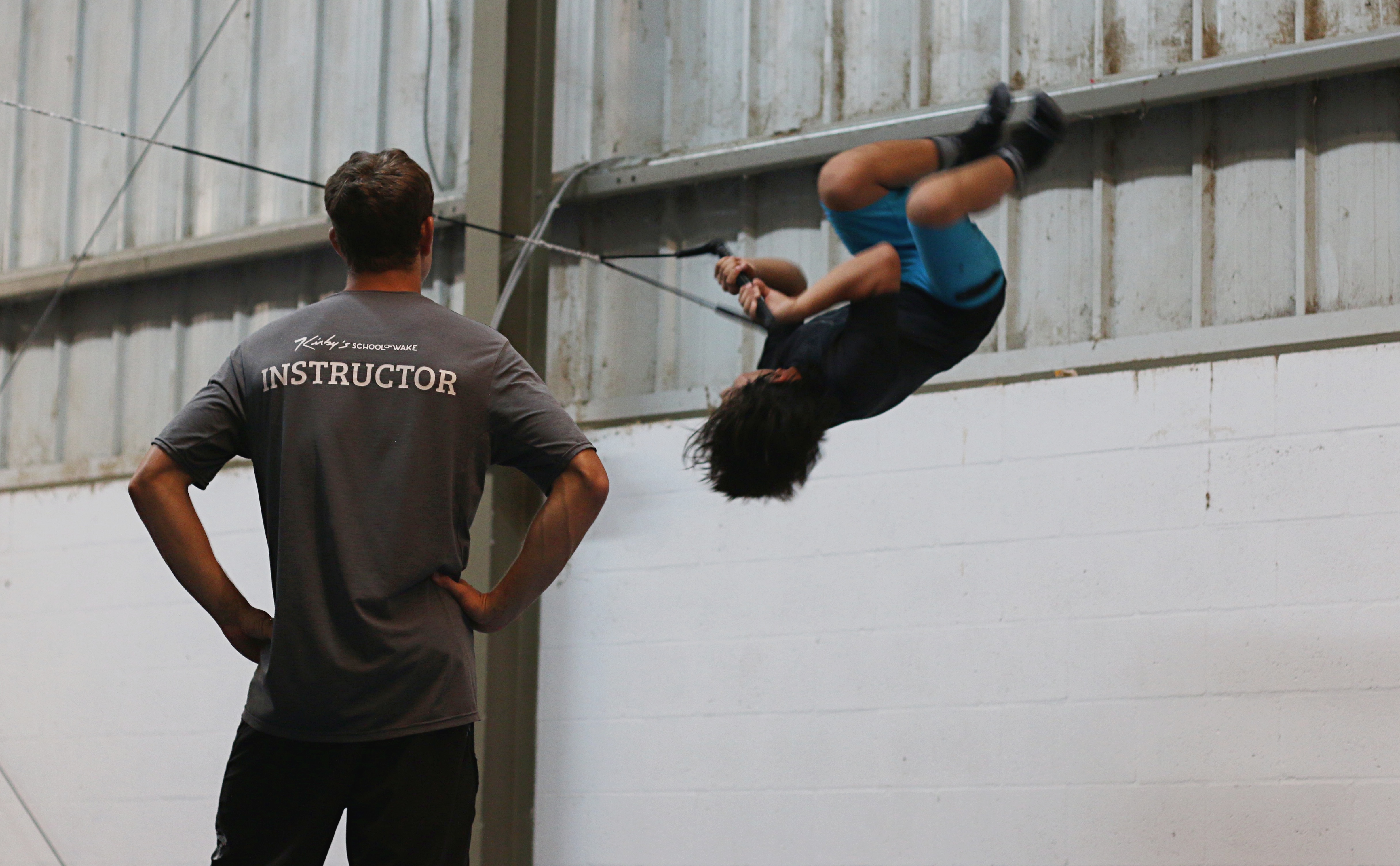 It was an amazing time getting the opportunity to work with Alex. I was so blessed by how polite he was. His attention to detail, good attitude and dedication will take him far in this sport. His work ethic and natural ability will also allow him to do amazing things as he progresses his riding. His competitive season is already off to a great start as he just recently took first place at the Boy’s division at the Wake Open in Cancun. Look out for Alex this summer at the Lake of the Ozarks, Malibu Riders Experience sponsored by Stateamind and Iguana Watersports!